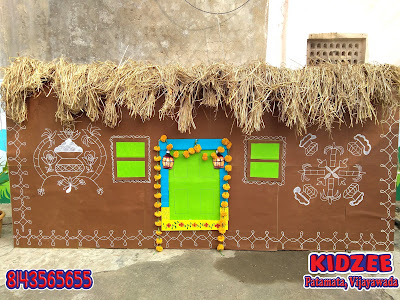 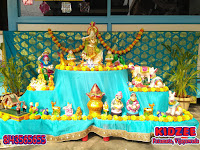 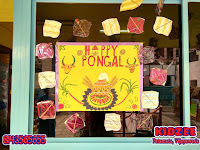 Makar Sankranti celebrated in reference to the deity Surya(Sun). It marks the first day of sun's transit into the makara (Capricorn), indicating the end of winter solstice and the start of longer days.
It is also known as crop festival in some states because it is the right time for the crop to get harvested, so in villages it is celebrated as doing colorful decorations, Singing songs, flying kites, bonfires and feasts. It is commonly observed in the month of January and it is known by different names. It is called Pongal in tamil, Lohri by north Indian Hindus and Sikhs, Sukarat in central India, Bhogali bihu by Assamese.
As a part of the celebrations Kidzee Vijayawada invited Grandparents to participate in Bhogipallu event and bless the children. All the kids and parents enjoyed the evnt thoroughly.

Christmas is celebrated at Kidzee Vijayawada, Kids participated in decorating the tree and
Enjoyed the event thoroughly. 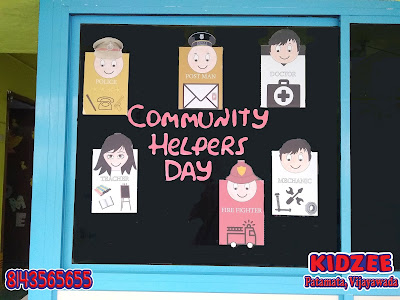 As a part of Children's day celebrations, Fancy dress event [Theme: Community helpers] is conducted at Kidzee Patamata Vijayawada. Dressing like community helpers will help the kids to think and identify the unsung heroes of the society who help with our daily routine. 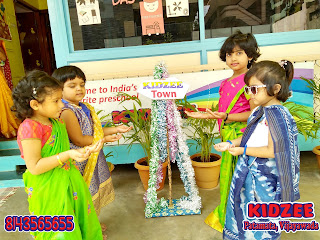 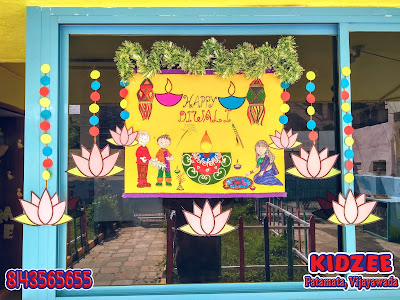 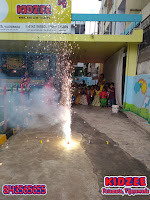 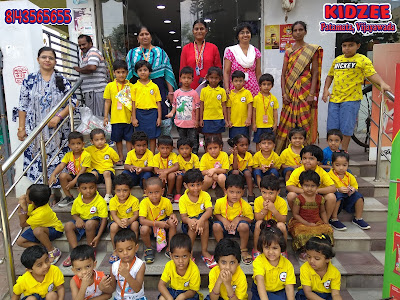 Today our Kiddos visited a super market, learned how to buy things and the things that needs to take care of while buying things. All the kids enjoyed the trip.